What is the Dark Web?

Most Internet users probably think that popular search engines like Google, Bing, and Yahoo give users access to the entire Internet. They do not. In fact, the sites accessible through traditional search engines barely scratch the surface of the full web. Underlying the mainstream Internet are hidden layers of information that most people never access. In reality, there are three layers to the worldwide web; the surface layer, the deep web and the dark web.

The surface layer includes public sites that the typical user can access through the usual search engines or by typing a URL into a browser. Estimated to be 500 times larger than the surface web, the deep web (also known as the “invisible web”) includes content that is not indexed by standard search engines such as, email clients, online banking sites, and pages inaccessible to “crawlers,” the software that enables indexing for standard search engines. Some of the sites on the deep web can be accessed if the user has the URL, but others require log-in credentials.

In contrast, the dark web (also known as the “darknet”) is a small fraction of the web users can access only with special software like the Tor browser.

Tor is an acronym for “The Onion Server.” The analogy to an onion is accurate because just as there are many layers to an onion, there are many layers of encryption in the Tor bundle. Originally designed by the U.S. Naval Research Laboratory, Tor anonymizes a user’s location and identity by sending data across the Internet in a circuitous route “hopping” along “volunteer” PCs and servers as connection points. Encryption at each point along the route makes it extremely difficult to connect a user to any particular activity.

The anonymous browsing feature of the dark web certainly does draw people who want to purchase illegal narcotics, weapons and other such items, as well those wanting access to extremist group websites. One of the most infamous dark web storefronts was Silk Road. There, users were buying and selling illegal drugs and other goods. Purchases were made by Bitcoins, a virtual currency hidden within the dark web. According to several sources, over one billion dollars of goods were sold on Silk Road alone before law enforcement took it offline. The shutdown resulted from a joint investigation involving Europol and the FBI of this and 400 other sites believed to be selling illegal drugs and weapons in 2013.

Many experts regard the shutdowns and arrests as a major breakthrough in fighting cybercrime. Yet, the arrest of only 17 people from the 400-plus person operation, and the fact that it took law enforcement 2 ½ years to investigate and act, reminds us that technology is dynamic and ever-evolving. Government policy needs to adapt accordingly to develop nimble and effective policies to protect the public without stifling innovation and economic growth. Moreover, despite the shutdown of these sites, it is nefarious users that drive the illegal activity. It certainly makes sense to go after the marketplace/platform; however, the reality is that those users will continue to engage in the same illegal acts as before because of the potential profit. Readers interested in more information and discussion on the unintended consequences of the shut down of Silk Road can find it at this TechDirt website.

So, are there any legitimate uses for the dark web?  It offers protection for users’ personal identities, and dark websites are not subject to “crawling.” There are numerous resources and educational information one can access without restriction and plenty of discussion forums where people can share anonymously. According to Bruce Schneier, computer security expert, “Internet anonymity is vital for people living in countries where you can be arrested, tortured, and killed for the things you do online. This is why the US government was instrumental in developing the technology, and why the US State Department continued to fund Tor over the years.”

Patients can seek medical advice at times when they might not feel comfortable asking their family doctor, oftentimes about the effects of drug use. An example is Spanish doctor, Fernando Caudevilla, who goes by “Dr. X.” He began offering advice on the dark web in 2013. In his first three months, Dr. X responded to 600 questions and had 50,000 visits to his site. The dark web also provides journalists with a secure place to communicate with informants securely.

For readers who want to explore the dark web, the website, “Deep Web” offers some safety tips:

· Use a Virtual Private Network (“VPN”) to access the dark web.

· Don’t use your mobile phone for 2-step verification on Tor.

· Don’t post your personal information on the dark web.

· Do not use Tor with Windows.

· Don’t use Tor for Google searches.

· Don’t connect to the same server with and without Tor simultaneously.

While the term, “dark web,” may evoke impressions of a dark and foreboding “place,” there are many legitimate, and even life-saving, uses the cautious user can access beneath the surface of the worldwide web. 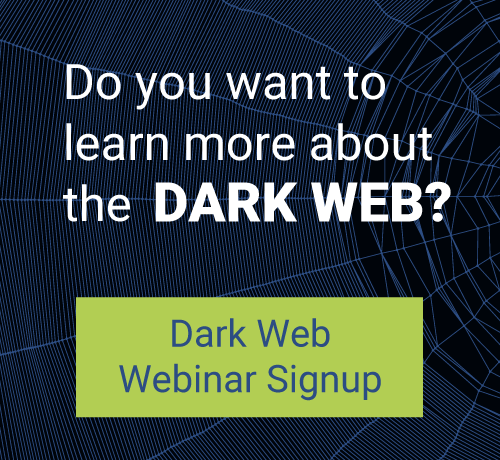