Risks & Threats Posed by the Internet of Things

Anyone born after 2010 is considered to belong to Generation Alpha, a generation whose lives will forever be integrated with technology. From a young age, the Alpha’s will be immersed in iPads, smartphones, and were born with the ability to communicate to the masses with the click of a button from a device connected to a network. More than likely, their parents are Millennials, who came of age during the tech boom in Silicon Valley, and are 2.5 times more likely to be an early adopter of technology than any other generation. According to TEDx speaker, Mark McCrindle, Gen Alpha will be the most transformative generation ever.

With the steady stream of new platforms and smart devices becoming available for personal and commercial use, the Internet of Things is shaping the way we interact with the world around us. According to Forbes, the Internet of Things (IoT) is the concept of devices connected to each other through the internet. Examples can include household and personal items (cellphones, garages, refrigerators, laundry machines, etc.), as well as commercial products such as a jet engine on an airplane. A 2017 Gartner report forecasted over 20 billion things will be connected by 2020.

The IoT doesn’t guarantee safety and protection. Rather, the heightened technological presence creates an unprecedented vulnerability. According to the MIT Technology Review, one of the six greatest cyber threats to be concerned about in 2018 is the weaponization of artificial intelligence (AI). In this article, author Martin Giles claims 2018 will see an emergence of an “AI-driven arms race.” Giles says that although security firms and researchers have used machine-learning to better anticipate cyber-attacks, it’s also highly likely that hackers are adopting the same technology to retaliate.

There are many examples of the IoT hacks that have resulted in millions of dollars lost and personal security information compromised. In 2016, the Mirai botnet was used to take down popular websites such as Netflix, Etsy, GitHub, Shopify, Twitter, and many more major sites. The code targeted devices running outdated Linux kernels and relied on the assumption that most IoT users don’t change the default usernames/passwords to their devices, according to a ZDNet article. This particular hack exposed a flaw in the IoT, in which many companies cut manufacturing costs by not including enough storage space on the device to allow for the Linux kernel to be updated.

Another criticism of the potential risk of the IoT is the potential for privacy invasions. Not long after going to market, Amazon Echo owners began experiencing oddities in their devices. After a couple in Portland, Ore. discovered their Amazon Echo had recorded and sent a private conversation to one of the husband’s employees, an investigation opened regarding the device’s privacy settings. Reportedly, Alexa heard a series of commands throughout a conversation between the husband and wife. Alexa interpreted what it thought were commands to record the conversation and send it to a certain person in their contacts. When the husband’s employee called the husband to inform him of the received recording, they were in disbelief. However, it’s not an isolated experience with the device as there are several reported misinterpreted commands by Alexa.

Amazon Echo isn’t alone in its vulnerability of being hacked or posing a threat to the user’s privacy. Everything from baby monitors to laptop cameras, garage doors, refrigerator, and home heating and cooling systems are at risk. Medical devices are also becoming permanent fixtures in the IoT world and pose an even greater physical risk.

Pace makers and hearing aids now have WiFi capabilities to allow for remote monitoring and control. If it’s connected through an online network, it can be hacked, leaving users to question, is the convenience worth the risk?

No one is immune to hacking if you have devices and systems integrated in the IoT. All generations, governments, industries, enterprises and SMB, and households are exposed to the risk of a new kind of hacking destruction. We live in an era where technology is being rapidly produced, updated, and intensely inspected by the smartest minds in the world, which unfortunately includes those with ill-intent. As Franklin D. Roosevelt said, “great power involves great responsibility.” Consumers and businesses, alike, need to assume a degree of responsibility in understanding the security and privacy capabilities of the devices we bring into our homes and offices. It’s up to us to be good stewards of the technology we adopt and take ownership for our own technologically-associated behaviors as we continue to navigate the changing technology landscape. 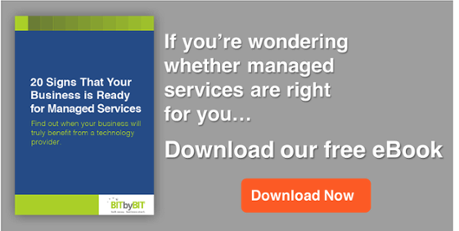